Other people’s words about … winter

Minutes after that the sun came out: brilliant, stunning us all. Still, it was no surprise when we were let out of school a half hour early due to the windchill. I made my way home from the bus stop at a rigid trot. I crunched along the snow-packed trail, felt the wind come off the lake in blasts, heard the pines groan and creak overhead. Halfway up the hill, my lungs started to feel raggedy. My face changed into something other than face, got rubbed out. When I finally got to the top of the hill, when I slowed down to brush ice from my nose, I turned and saw a puff of exhaust across our lake. I had to squint against all that white to make it out.

From ‘History of Wolves‘
by Emily Fridlund

Many years ago, I spent a winter in Michigan in the USA. For a whole month, the temperature did not lift above zero degrees Celsius. Having lived in South Australia most of my life, I had never seen a lake freeze over before. I walked across the surface of the frozen water, and grasped for the first time the meaning of the term ‘windchill’, a term I realised I had never understood before. A little way further out, a fisherman sat in a folding camp chair with his line cast down into a carved-out pool at his feet. I thought of taking a photograph, but my hands grew numb in the few seconds it took me to take off my gloves and fiddle with the lens on my camera. How can you grow so cold so quickly? It didn’t seem possible.

My American friends, knowing my love of ice cream, suggested taking me to the ice cream parlour in their local town, but it was shut down for the winter. We did a quick march up and down each side of the main street to look at the ice sculptures standing outside the shops. I kept expecting them to melt. I am Australian: I expect ice to melt. That’s just what it does.

For me, Emily Fridlund’s words, which I’ve threaded above and below throughout this post, capture the essence of that winter I spent in the northern hemisphere.

Overhead each afternoon we could hear the Canada geese coming back. We could hear them giving directions, labouring through wind currents, setting down their Vs. When the sun had just about set, we turned around, Paul lagging, getting farther and farther behind, so as the day grew truly cold –- miniature winter setting in, the way it does at night in April –- I put the backpack on … and we headed back toward his house on the lake.

What a lovely phrase, don’t you think?: Miniature winter. 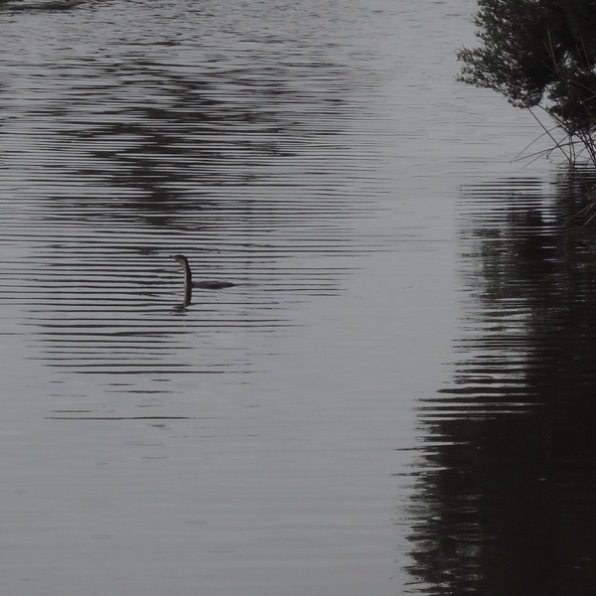 Here in South Australia, where our climate is temperate, we don’t have four distinct seasons. Autumn is the beginning of what I always think of as the grey months. Our native trees are mostly evergreen, so they don’t shed their leaves; the weather simply grows windy, rainy and cold. As winter approaches, the days grow greyer still, and the hours of daylight shorten. The sky seems to sink lower over the earth, closing everything in. The world grows monochrome.

But then, in the middle of March, the temperature shot up to fifty and miraculously stayed there. Within a couple of weeks, the south slope drifts had eroded to stalagmite pillars. A wet sheen appeared across the surface of the ice, and in the late afternoons you could hear the whole lake pop and zing. Cracks appeared. It was warm enough to gather wood from the pile without mittens, to unfreeze the latches on the dogs’ chains with the heat of your fingers. 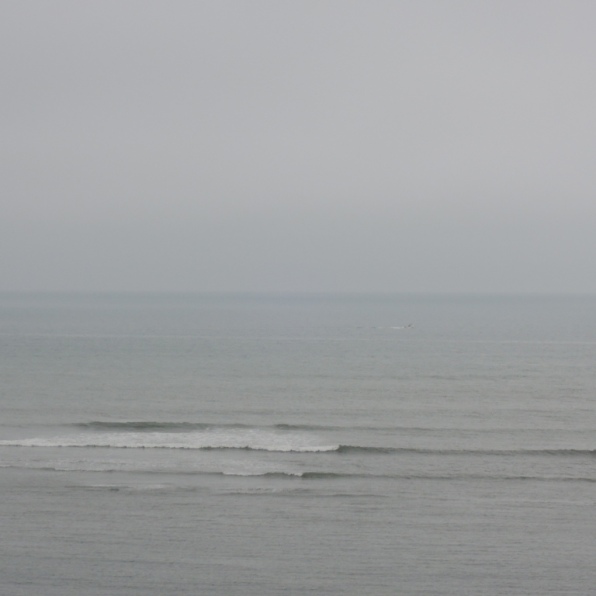 This time of the year — the first days of March, the very beginning of autumn — I always grow nostalgic for summer. Down the road at the beach, the sea is still warm enough to swim in, and the sand crumbles soft and dry and warm beneath my bare feet. A sense of urgency comes over me as I look up at the upside-down bowl of blue sky above me. I murmur spells at it, trying to make it stay.

The grey months are coming but not yet, not yet.

Note:
The pictures accompanying today’s posts are photos I’ve taken over the last few years during the South Australian winter. It may look as though I used black-and-white film, but I didn’t. That’s just the way it is.