Other people’s words about … working for yourself

After months of effort, I felt stuck. I had been trying hard to get some projects off the ground, but they kept getting knocked off course. I had managed to persuade a think tank to work with me on a big research project, but then the director of the think tank had been fired. I had been promised a retainer to do some work with a healthcare company, but then they looked at their budgets and changed their mind. I had been asked to apply for a couple of non-executive roles, and then failed even to get interviews. I was working nearly all the time, but after all my efforts, I was barely scraping a living as a jobbing hack.

For a while, in my thirties, I felt stuck in a job. I once told my boss that I was ‘bored out of my fucking mind’. I now want to shake that girl who got a regular pay cheque for doing something perfectly pleasant and tell her to grow up. But you can’t tell anyone how to feel. If you feel stuck, you feel stuck. And there aren’t all that many species on this planet that are at their best when they feel trapped.

From ‘The Art of Not Falling Apart’
by Christina Patterson

I picked up Christina Patterson’s book late last year, at one of those bargain-basement discount bookstores that dot Rundle Mall these days. In the book, Patterson tells the story of how she was made redundant from her job as a journalist and had to find work as a freelance journalist instead. Oddly enough, only a couple of days before walking into that bookstore, I’d learned that the press at which I worked as an editor was being closed due to budgetary constraints, and that I was about to lose my job.

It would be an understatement to say that I felt as though Patterson’s book had struck a chord with me. 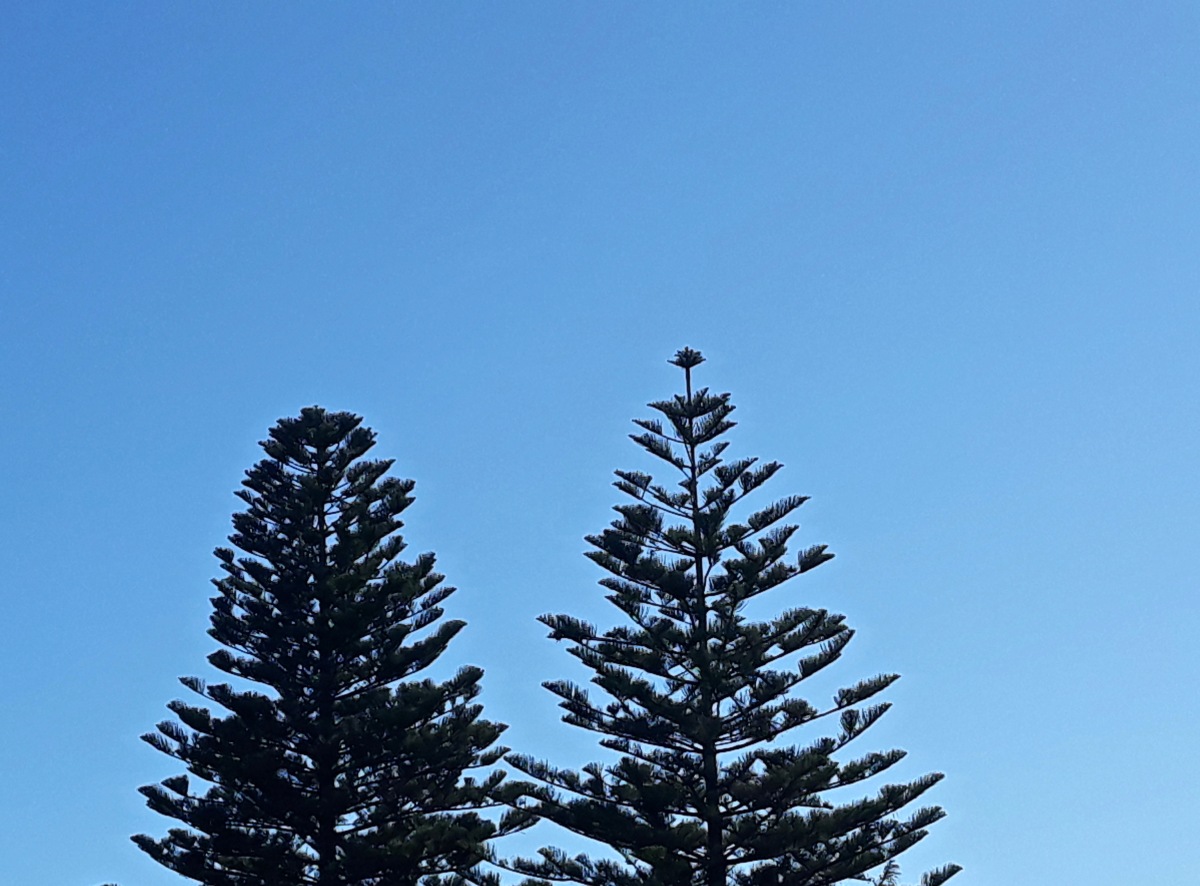 Right now, six months down the track, I’m still at the very early stages of my freelance career, as Patterson was at the time she wrote her book. It feels too early to me now — too close, perhaps, too raw — to try to describe the journey I’m on in any detail, though I’ve touched on it in previous posts. Certainly, there are days when, like Patterson, I look back on my younger, salaried self and shake my head over all those times I claimed that I was ‘bored’, that I was ‘stuck’. And there are days when, again like Patterson, I feel stuck right here, right now, forever.

But to go into any further detail here — to dwell on the doubts, the negatives, the vicissitudes — would be tedious, I think. Or joyless. Or beside the point. Or all of the above. Besides, there are other things to focus on. There’s the world around me: the sea, the trees, the birds, the air. The sky. There’s always the sky.

From now on, I plan to spend more time looking up at the sky. After all, as Matt Haig says in Notes on a Nervous Planet, Look at the sky. (It’s amazing. It’s always amazing.).

One thought on “Stuck”