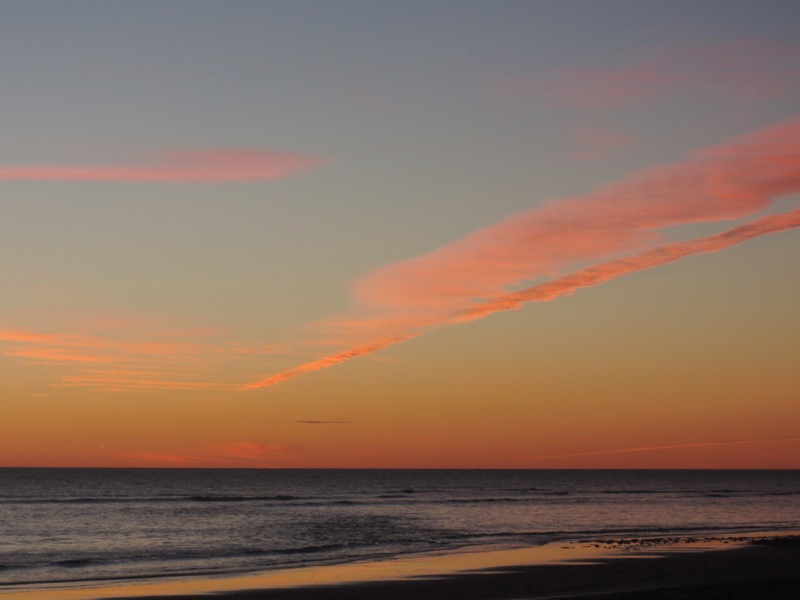 From ‘Notes on a Nervous Planet’
by Matt Haig

Matt Haig is right. The sky is amazing.

It is always amazing.

It is a story that is forever unfolding …

Rainbow over the Sellicks Hills

The view from the caravan as I read

PS Shout-out to my father, whose birthday it is today! ♥

But a certain dullness of mind seems an almost necessary qualification, if not for every public man, at least for everyone seriously engaged in making money.

From ‘The Idiot’
by Fyodor Dostoevsky

Hmmm … read and weep. Dostoevsky’s observation about people is as relevant now as it was when he wrote it in the late nineteenth century. If only our public figures, our business people, our politicians would take heed!

But onto other things — no more weeping for now. One of the overarching reasons I’ve had for writing this blog in the last few years has been to give myself (and hopefully you, my readers) the chance to explore the joys of reading: to revel in other people’s words, to find meaning in their thoughts and the way they express them, to learn from them, to find communion and kinship with them. As I’ve remarked before, without books and reading, I would be a far lonelier person.

Recently, I’ve found a different kind of companionship in my reading. On Mother’s Day earlier this year, my mother and I started a reading ‘project’ together, our own little two-woman book club. At her suggestion, we have decided to read works of translation. We take it in turns to pick a title and read it, and then we exchange titles, and, having read them, meet up for coffee or for a walk to talk about them. The Idiot was one of her choices.

My mother is an inveterate reader. She reads widely, hungrily, curiously. Her joy in reading is contagious and almost palpable. I’m glad — and privileged — to have ‘caught’ that joy from her. And I’m extra glad to be exploring new books with her, to be having my world opened by her and by the writers she chooses.

Meanwhile, while we’re on the subject of translation, here’s the thing about reading, and the happiness you can find in it: it translates into life.

And that happiness is only amplified when it is shared.

‘The house [on the clifftops] was tiny;
it didn’t take long to snoop around it.
But there was nothing here, no one, the sea.’

From ‘Bluebottle’
by Belinda Castles 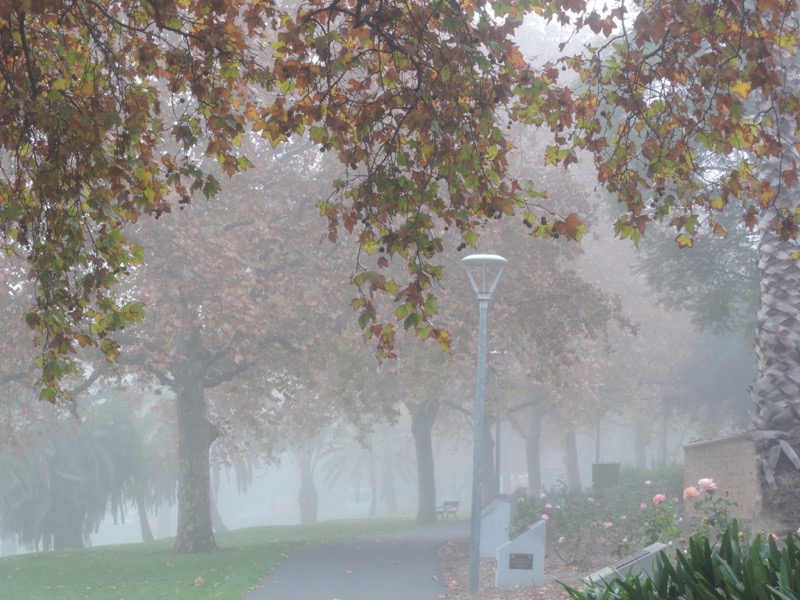 ‘Rose-breath [from the rose bushes] around us, faint.
The dusk like a mist of the night,
as if night evaporated at dawn,
to collect and then rain down again, to make night again.’

From ‘Edinburgh’
by Alexander Chee 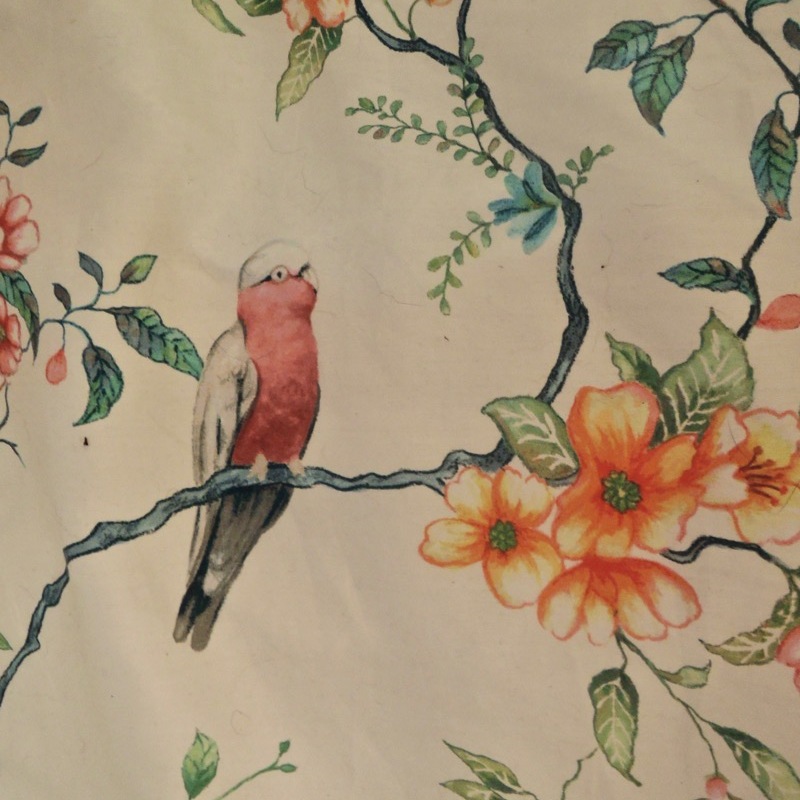 ‘That night I felt so lonely that I couldn’t sleep.
I soothed myself by imagining I was a child again,
at a time in one’s life when sleeping alone is not yet lonely.’

From ‘Somehow’
by Danielle Dutton
(in the Paris Review, #224)

Only a short comment here: unlike the narrator in the quote above, Mr Field, I cannot think of a more luxurious habit than sleeping alone. No matter whether you’re in a committed relationship or not, I can’t recommend it highly enough.

There is nothing — nothing — like a good night’s sleep!

(Oh, and gorgeous quilt covers, like the ones pictured, also never go astray … ) 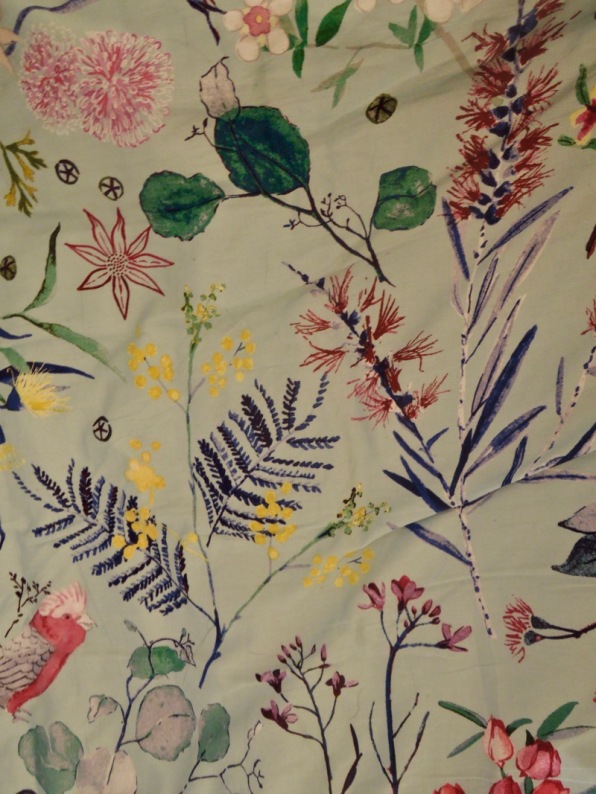 ‘It is terrible to desire the end of something,
the absence of something;
desire should belong to life, to presence and not absence.’

From ‘Aftermath’
by Rachel Cusk

We’re supposed to think about the pot of gold when we look at rainbows, right? But when I stepped outdoors after waking the other morning, the sun had just risen and a storm was about to hit, and in that moment between — in that moment as I stood there — the light in the sky grew lurid, and a rainbow appeared.

It is terrible, as Cusk says, to desire the end of something, the absence of something. The rainbow seemed to me, in that moment before fat raindrops began to fall, a symbol of the opposite of that kind of desire. It seemed to me to be the start of everything: of the rain, yes, of course. Of my day. Of the rest of my life.

‘In small doses melancholy, alienation, and introspection
are among life’s most refined pleasures.’

From ‘Wanderlust’
by Rebecca Solnit

‘The sun glinted on the dimpled pelt of water.’

From ‘Skylarking’
by Kate Mildenhall 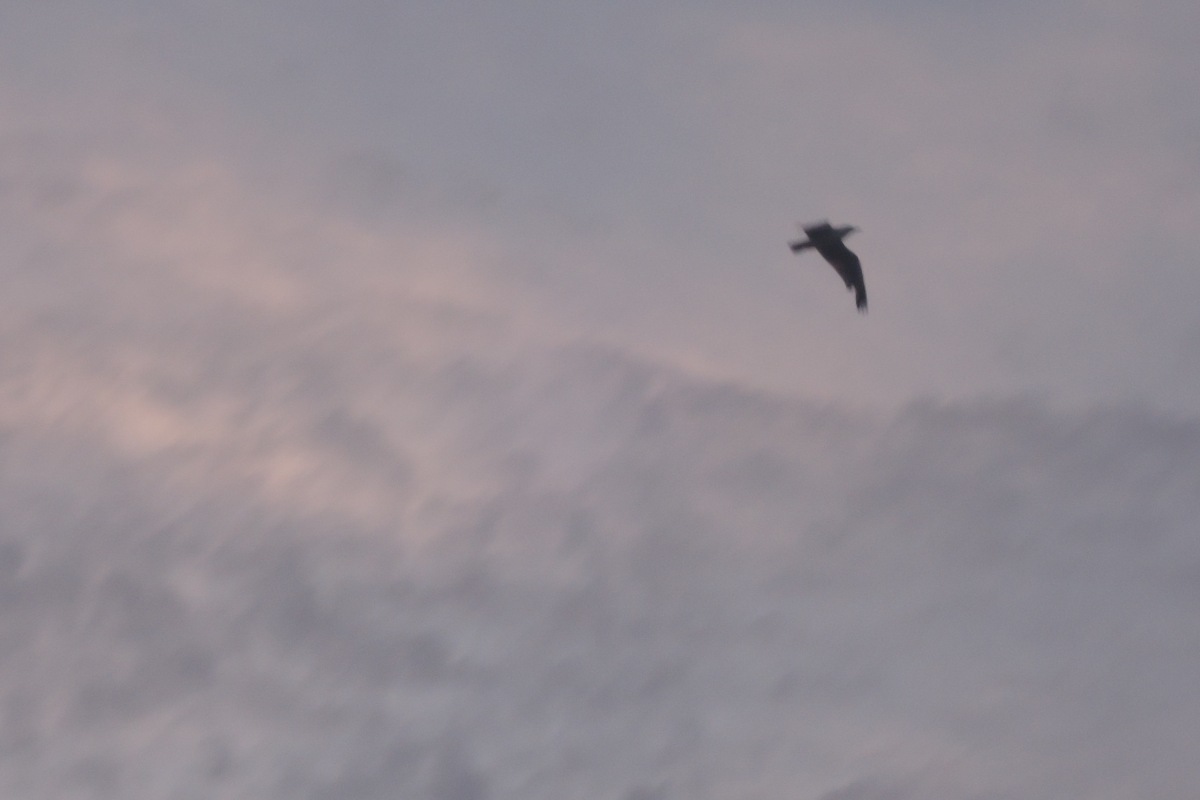 ‘[I] saw a squawking flash of cockatoos
go reeling and wheeling into the sky.
The soft secret underside of their wings,
so close, so tender.’

From ‘Skylarking’
by Kate Mildenhall

I was standing at the bus-stop the other day on my way to work when an odd commotion across the road caught my eye. A car had driven past, fast, and something had got caught up in the passage of its passing: something grey and small and warm and moving, something that gave the impression of flight, of flurrying. I wasn’t sure what it was at first, although subconsciously I registered feathers, but after the car had sped past, I saw that it was a small bird. In my memory I replayed what had just happened and this time, in my mind, I saw it: the bird had swooped down from the branch of a tree overlooking the street, but somehow it had mistimed its dive, and so it had got caught up in the passage of the car. Got hit, is what I mean.

The dove — that’s what it was, I saw: one of those spotted turtle doves with the iridescent sheen on their neck and the rash of white spots over a patch of purest black — had landed, after its collision with the car, on the ground in the middle of the far lane. Now the wind was playing with its feathers a little, and I saw the dove try get up on its legs but then fall back down again. It was young, not quite fully grown. I glanced around me, at my fellow commuters waiting at the bus-stop, but though I saw people looking, though I saw them seeing what I was seeing, no-one moved.

And so I ran out onto the road before the next car came past and crouched down beside the dove. I looked down at it, hesitating, and then I whispered to it, because I felt I should, I’m just going to pick you up and get you out of the way of all these cars; and then I reached for it and clasped it between my hands. I could feel its heart beating inside my two hands, and the warmth beneath its feathers, and I could feel it trying to gather itself and flap its wings to free itself from me; it didn’t want me to hold it, not at all. But it was too small or injured to shrug itself free and so I held it gently and lifted it and crossed to the far side of the road, opposite the bus-stop, and then I set it down on the footpath, there out of reach of the traffic.

Once I had put the dove down I crouched down beside it a moment on the footpath, watching it. I said to the bird, You’re safe now, and then it blinked — only it wasn’t a blink, not really. Its eyelid came down far too slowly, like a shutter, in a kind of world-weary exhaustion; and then its eyelid opened again, also too slowly. I could swear it had let out a little sigh as it blinked, although birds don’t sigh, do they? After that, it went utterly still. When I glanced across the road at the bus-stop, no-one was looking my way anymore; everyone was busy with their phones and their handbags and their earbuds. After a moment I stood up and walked back across the road and waited with them at the bus-stop. Five minutes later the bus arrived, and still no-one had spoken, and still the bird hadn’t moved from the place where I had set it to rest on the footpath.

I thought as I sat on the bus that the dove had died: that perhaps the shock of me lifting it up had added a final trauma to its day and its heart had stopped right then, as I crouched by it on the footpath and whispered to it, trying to comfort it. I thought about that all the way to work, and then I tried not to think about it anymore.

Doves are a dime a dozen, and there was nothing more I could have done, I guess, but still I felt sad. It was the intimacy of that moment, I think: feeling the secret beat of the dove’s heart between my hands, the warmth of its soft chest against my palm. I felt, perhaps, the way the narrator does in the passage above, as she observes the cockatoos in the sky, seeing the soft secret underside of their wings. It was the stolen, fleeting nature of the moment between the dove and me, tinged further with the thought that I hadn’t helped, and maybe — just maybe — I had made the dove’s last moments worse, not better.

When I got off at the bus-stop that evening, on my way home from work, I saw to my surprise and my slow delight that the body of the bird wasn’t there as I had expected it to be, cold and long dead. There were no feathers there, either, no signs of blood or injury or scuffle.

And I think now — I truly think — that when I set down the bird on the footpath and it let out that terrible not-sigh, it was in shock, but it was essentially uninjured; and so afterwards — after it had recovered from its shock — it got up and it flew away to safety.

That’s what I think. 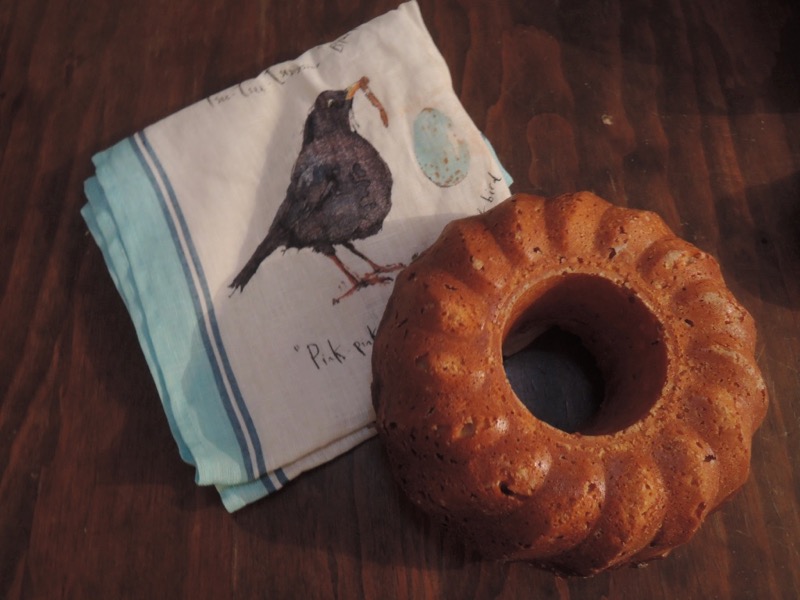 ‘This is bread in the way that banana bread is bread.
It’s not really. It’s cake.’

From ‘The Little Library Cookbook’
by Kate Young

I loved the recipe notes I’ve quoted above, which accompany a recipe for a ‘fruity nutbread’, in Kate Young‘s literature-inspired cookbook. That’s my kind of bread! (Cake?)