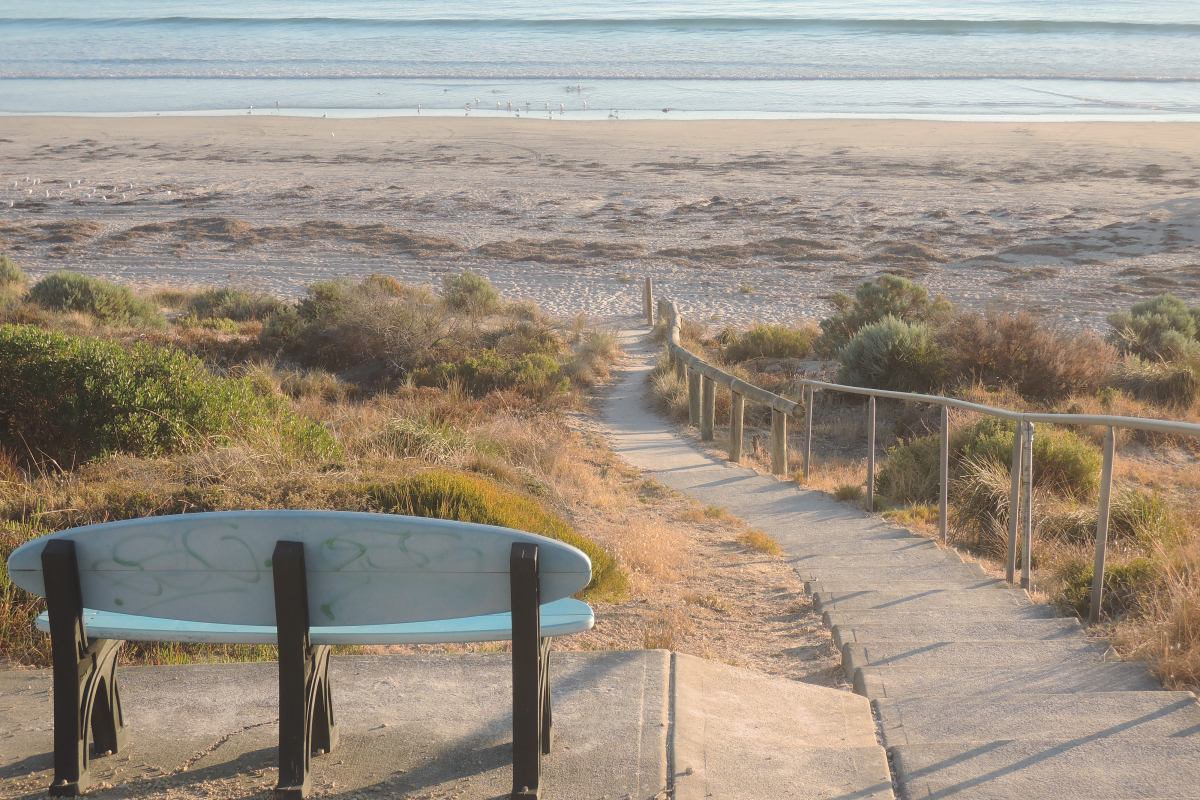 Other people’s words about … the sea

After lunch, as a reward for their fine behaviour, Nurse allowed them to bundle into coats and hats and bolt from a back door along a path that ran behind Mr Styles’s house to a private beach. A long arc of snow-dusted sand tilted down to the sea. Anna had been to the docks in winter, many times, but never to a beach. Miniature waves shrugged up under skins of ice that crackled when she stomped them. Seagulls screamed and dove in the riotous wind, their bellies stark white. The twins had brought along Buck Rogers ray guns, but the wind turned their shots and death throes into pantomime.

From ‘Manhattan Beach’
by Jennifer Egan

I have never been to a beach in the kind of winter that Jennifer Egan describes in the passage above. Many years ago, in Michigan, I walked across a frozen lake (and thereby learnt the meaning of the term ‘wind chill factor’), but that was a lake, not the ocean. I’d like to experience that wild, violent chill, just once in my life.

The beaches along the South Australian coast have their own seasons of peace and restlessness. Often, the early months of Autumn are times of softness and stillness, and this past April there were several days when the sea lay like blue, shining silk on a bed of sand. 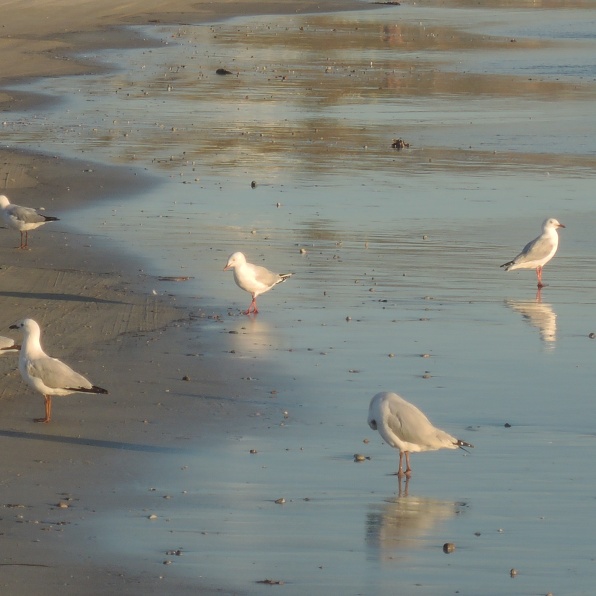 As you can see from the photos in today’s post, which I took at the beach in the first week of April, the South Australian coastal world is utterly unlike Egan’s, but there is wildness at its essence, all the same.

‘When you’re walking the view shifts and changes.
Walking’s a form of hope.’

from ‘The World Without Us‘
by Mireille Juchau

Here’s the thing I always forget as summer draws to a close and the annual grey-weather dread steals over me: there are moments, at this time of year, when the wind drops, and the sea becomes shining and silken and blue.

I took the photos in today’s post as I wandered the beach at Largs Bay one afternoon a few days ago, in the week before Easter. The day was so still, and the tide so low, that the pine trees along the Esplanade were reflected in small pools of seawater that had formed between the sandbar and the main ocean …

… and out on the water, ships hung suspended in blueness, somewhere between sea and sky:

It was an afternoon that reminded me that there’s joy and beauty in every season — yes, even in the seasons you’d rather not be heading into … 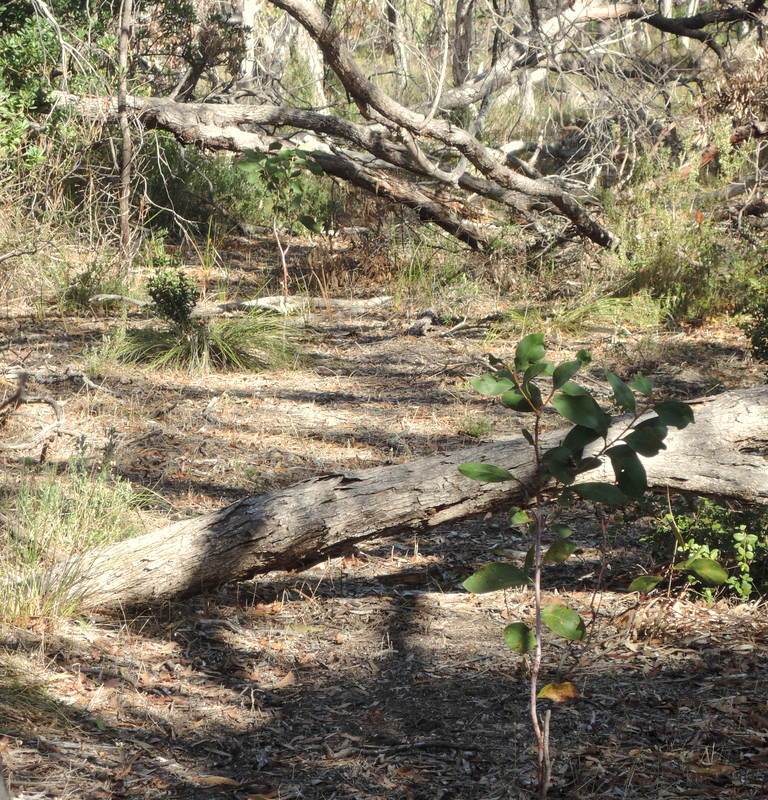 In the Northern Hemisphere, they call it Indian summer:
a hot, dry start to Autumn.
That’s what we had here last month —

In the bush,
dry twigs crackled beneath my feet,
and the odd flower bloomed.

On Saturday afternoon, I went for a quick stroll on the beach,
shoring the sights up in my memory — and the warmth on my skin — of the last hours of Daylight Saving.

The sand was wind- and water-rippled.
The gulls’ footprints seemed to blow away as I watched.

Soon, when I walk on the beach, I’ll wear shoes, socks, a coat, a beanie.
I’ll call the wind ‘bracing’.

I’ll think of this last long day of light with yearning.
Summer nostalgia — is there a cure?
There should be!

Note:
Okay, a confession: autumn makes me crotchety. I’ll get over it soon, I swear!